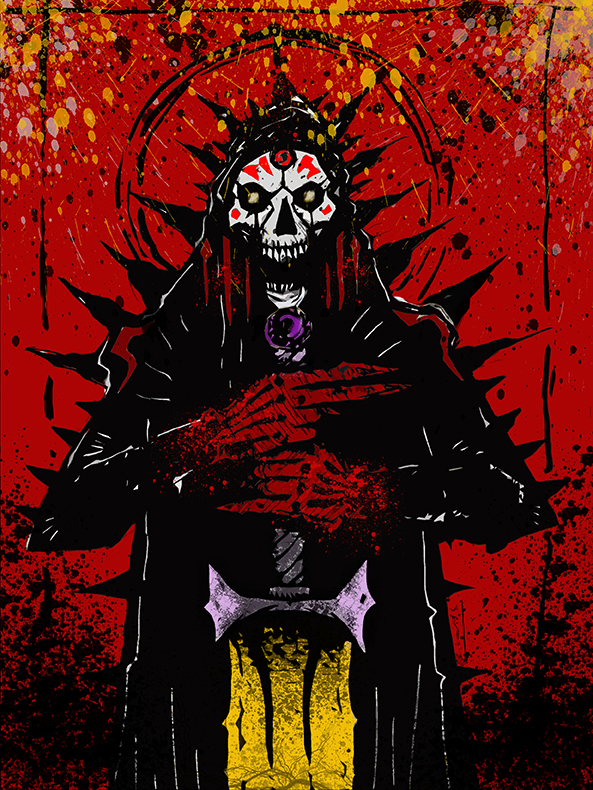 The Dead Knight will never fade. He guards the tombs of his fallen warriors . His hands are stained with the blood of those who tried to disturb the graves of his fallen soldiers. Never sleeping, his sword awaits revenge on those who betrayed them. Always waiting, always ready to say the words that will raise his soldiers from their undead slumber. Beware.

Unfortunately I don’t have the original black and white illustration I did for this one. I think I must have given it away or it ended up in the recycle bin ( like a lot of my stuff!!!) This was an early attempt at colouring with photoshop and trying to find a good style that matched the splattery effect I used with my brush and pens. Not 100% successful, but I like the sharp black angles of the figure. I’ve tried Affinity, Photoshop and Clip Studio now. Photoshop certainly comes out best when trying filters etc. However, for drawing, Clip Studio is the best, no doubt. I highly recommend!!